How to Remove Dents in Your Car’s Body 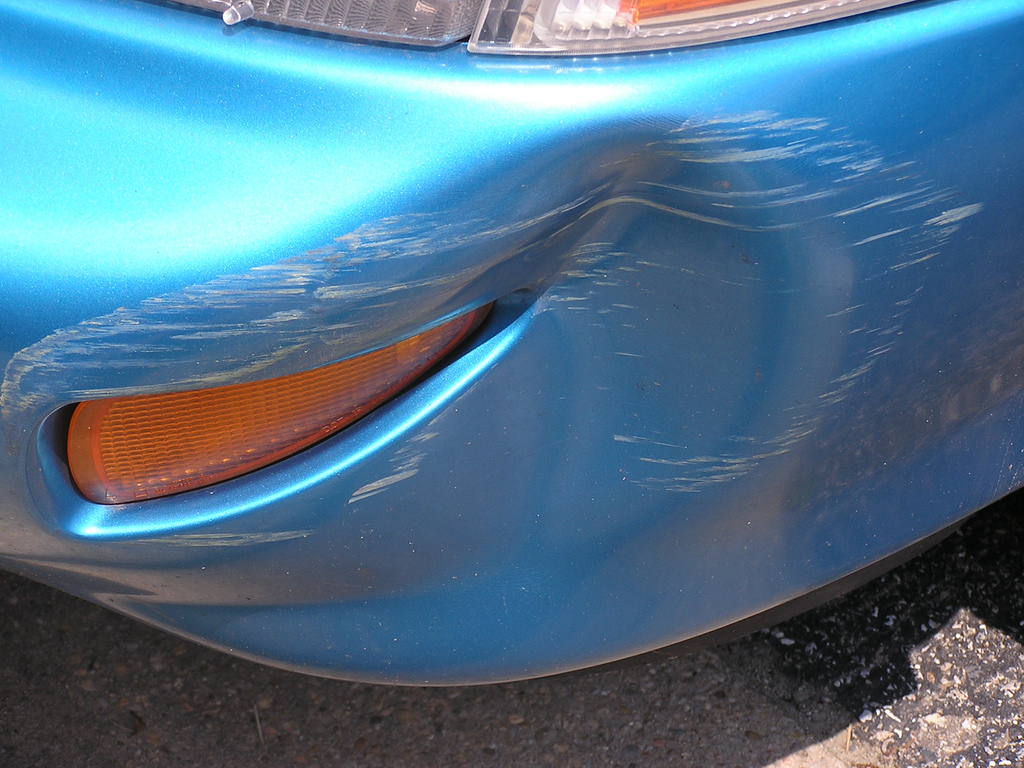 There’s nothing worse than the feeling of finding (or causing!) a dent in your car’s body. Don’t worry, though — most of the time, removing small dents is easier and less expensive than you might think.
You have a couple of choices for removing dents: You can try to remove the dent yourself, or take it to a paintless dent repair professional. Your decision may depend on how bad the damage is.

There are a couple of different ways to try to remove dents yourself. These methods work best if there is no creasing to the metal, if there are no cracks in the paint, and if the dent isn’t so deep that the metal has stretched. As long as the dent is just a shallow section of metal that has popped inward, it can usually be popped back out again without too much trouble.
There are two basic ways to pop out a dent: using a suction cup to pull the inverted metal back into place; or heating and then rapidly chilling the metal to cause it to pop out on its own.

If you’re not able to remove the dent yourself, if you have more serious damage that requires more work, or if you are concerned about making the problem worse, you may choose to take the car to a dent repair specialist.
If there is no damage to the paint and no creases in the metal, paintless dent removal is often the least expensive way to repair the damage. The dent is popped out from the underside of the panel and the metal is returned to its original shape with the use of special tools. Repairs can be done in a few hours, with no need to use filler, blend paint, or allow the paint to cure.
However, if there is damage to the paint, if there are creases in the metal, or if the dent is not on a fairly flat expanse of metal, the body shop may need to use filler, sand, and repaint the area. These repairs will generally take a few days, so that the filler can dry fully and the paint can cure.
Whether you want to try removing the dent yourself or take it into a paintless dent repair shop or body shop is a personal decision, and should be made based on how familiar you are with working on your car’s exterior, and how confident you are that you can repair the dent without creating additional damage.
At ColorMate, we offer professional car dent repair services at very friendly rates. If you feel that we can be of assistance, contact us for a free quote today. We also offer same day car paint perfecting services, headlight restoration, rim repair, paint and bumper repair in Miami-Dade, Broward and West Palm Beach County regions. Schedule an appointment today for a free estimate from certified paintless dent repair specialist